Welcome to the home of the WM Watches Racing. This is the best place to learn all about the team, the drivers and the amazing BMW 2002ti Alpina race car.

WM Watches Racing team started in 2010 with Henk Spin and David Verzijlbergen participating with a Citroen Saxo Cup in DNRT events, the Burando production open and some races in the Dutch Winter Endurance championship. David Verzijlbergen participated two years in the Suzuki Swift Cup and became National Champion in 2013. In 2013 the team build a historic BMW 2002ti Alpina for participating in the Dutch Historic GT TC championship and had 3 Class wins during the 2014 season.

BMW Alpina
We acquired the BMW in 2005 basically to support another BMW 2002 project and at the time we didn’t realized that this BMW started his life in 1971 as a BMW 2002ti, only one of the 1690 build during that year. Following a complete strip down to a bare shell and then a full nut and bolt restoration we prepared the car for Historical Racing and had a program of improvements and modifications to comply with FIA Appendix K rules.

During the 1970s, touring car development moved forward swiftly from Group 1 to Group 2 with the introduction of the European Touring Car Championship and production specification Touring and GT car racing also boomed through this decade. The NKGTTC grids cater for all these groups, allowing the BMW 2002ti Alpina to tackle the Porsche 911’s, Ford Escorts and earlier BMW’s and therefore we will campaign the Alpina during this NKGTTC championship with as highlight the Historical Grand Prix Zandvoort where the start grid will have more than 50 cars and the organization will welcome more than 50,000 visitors.

If you haven’t already experienced the sight, sound and thrills of historic racing, it’s something not to be missed. If you aren’t already hooked, you will be. So please, keep up to date with our race calendar with exciting events on Zandvoort, Assen, Spa-Francorchamps and the Nurburgring. 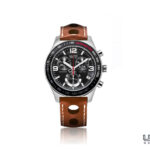 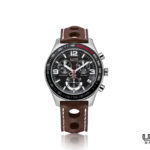 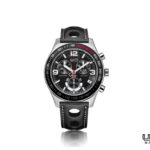